A MYRIAD of things to divulge about the last week of my life - the overwhelming week - but no time just yet. I am waiting for the "luxury" of an uninterrupted (touch wood or iron, please) plane flight in a few days to collect my thoughts and memories, but in the meantime - a few choice images (somebody pinch me!) from the past few days: 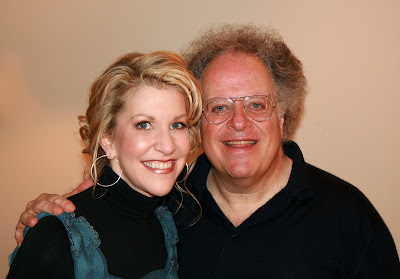 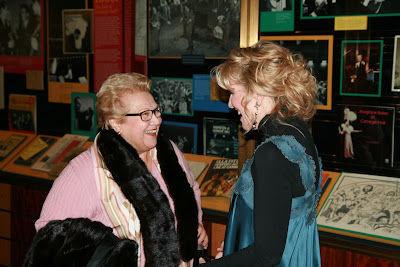 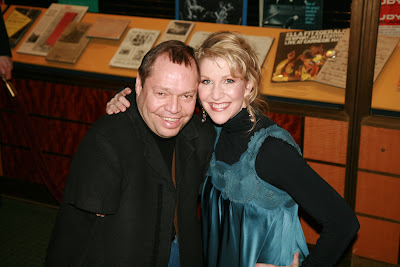 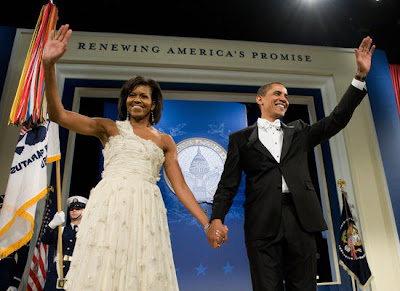 A few of the inspired highlights from President Obama's Inaugural Speech:

"Now, there are some who question the scale of our ambitions - who suggest that our system cannot tolerate too many big plans. Their memories are short. For they have forgotten what this country has already done; what free men and women can achieve when imagination is joined to common purpose, and necessity to courage."

"For we know that our patchwork heritage is a strength, not a weakness. We are a nation of Christians and Muslims, Jews and Hindus - and non-believers. We are shaped by every language and culture, drawn from every end of this Earth; and because we have tasted the bitter swill of civil war and segregation, and emerged from that dark chapter stronger and more united, we cannot help but believe that the old hatreds shall someday pass; that the lines of tribe shall soon dissolve; that as the world grows smaller, our common humanity shall reveal itself; and that America must play its role in ushering in a new era of peace."

And finally, a mantra that I think everyone should use as a measure for their lives:

"To those leaders around the globe who seek to sow conflict, or blame their society's ills on the West - know that your people will judge you on what you can build, not what you destroy."

It makes me question what, in my daily life, I am destroying as opposed to building. I prefer to be in the construction business, without a doubt, but even the slightest drop of fear has an immense destructive power.

I'm grateful to witness such an immensely historic, important and ultimately simple moment - but one that was a long time in coming. Not only 8 years long, but centuries long. Words fail me, but the word gratitude keeps coming to mind.

But as he soberly reminds us over and over: now the work begins.

Was it me, or was this shift felt around the world? Yeah. That's what I thought! 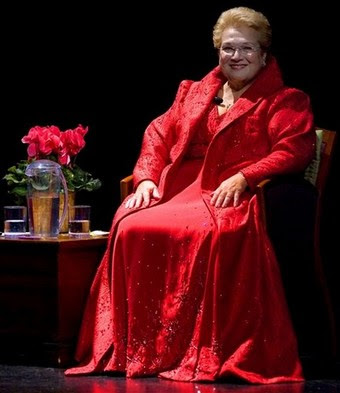 What does one get a Legend for her 75th birthday? Nothing seems appropriate, and yet if it comes from the heart, I suppose anything goes!

Sunday I had the immense honor of singing on the Gala Tribute to the GREAT, the ONE, the ONLY Marilyn Horne, and to say it was overwhelming is the understatement of the century. She was celebrating many things that day - the 15th Anniversary of her Song Foundation, her 75th "Diamond" birthday, and quite frankly, her being alive. Most people know that she was stricken with the same cancer that got the better of Luciano Pavarotti, and at nearly the same time - to have lost both would have been too much for the world to handle I dare say, so we have been blessed with her radiant presence a good while longer, thankfully. And in return New York City turned out to give her their hearts in a grand fashion.

The artist line-up was replete with young singers that have been encouraged and "reared" through her foundation and Music Academy of the West, singing beautiful songs so close to "Jackie's" heart. A few friends showed up to pay tribute (Flick von Stade, Sam Ramey, Dimitri Horostovky, to name but a few) and everyone was thrilled to pay homage to this incredible life force that changed the landscape of opera in the 20th Century.

There is no denying that she blazed a far-reaching trail with her determination, bold repertoire choices and utter technical brilliance that still leaves an audience breathless and dazzled today - any young singer that doesn't pore over her numerous recordings is an idiot. She marches to no one else's drummer, she galvanizes colleagues and philanthropists alike, seduces audiences with her radiant smile, and laid a legato-strewn path of bel canto possibilities that continues to set the standard for those of us that follow her.

A simple "thank you" is not enough. She gave too much for that to suffice. Being in this career now for a few years and learning the ropes, I know that it could not have been an easy path for her. To be at the top, to give so generously from the throne, and to dedicate so much heart to her craft surely cost her a number of things in private, and yet she still gave, still seduced, and still conquered the hearts of so many - surely making their lives a bit brighter.

I think it was a real desire to pay her back that made Sunday at Carnegie Hall such an emotional day for me. I was asked to close the program with "Tanti Affetti" (my first public performance of that aria, I might add!) and to say I was nervous hardly does justice to the emotions galloping through me. Here was one of the supreme forces of nature that single-handedly brought "serious" Rossini back to the table, redefined bel canto possibilities, and as a result, today I get to open my mouth and sing those limpid, cascading, fiendishly tricky phrases for a new public. She has given the world the gift of music, the gift of JOY, enriching our lives and lifting us up to know there is something bigger than ourselves. How we all need that, indeed!

It was an immense honor to take part in the tribute to Jackie, one which will long stay in my memory, as this will: