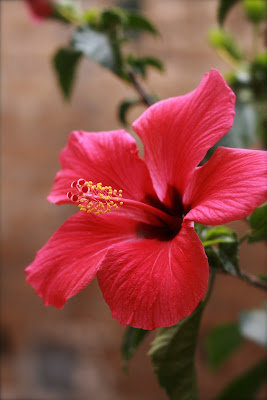 One thing I might have failed to mention in my previous post was that after the concert, I got to bed around 4:00 am. You see, we sang in Viterbo, which is roughly a 45-minute bus ride away from Tuscania. We also started the concert at roughly 9:15 pm. Remember that Alcina also happens to be a VERY long opera. Throw in a lot of pulsing adrenalin after the concert, and well, you can do the math!!

But there is no rest for the weary when a recording is involved – so today it was back to the studio for the aria, “Mi restano le lagrime”. Alcina has just realized she has once and for all been completely rejected by Ruggiero, and she cries out that all that is left for her are her tears; that all her pleading to the gods has gone unanswered – she has been shown no mercy. In the glorious and surprising B section, which turns to the major key, she says, “If only I could die – for then I would be granted relief.” But she doesn’t – in fact, naturally, she stays alive to sing the da capo! It’s a wrenching aria, written in the elusive tempo marking of “larghetto”, which can be interpreted very broadly, often never settling into something convincing.

In fact, it took us some time to find our ‘groove’ as an ensemble. I think some of the problem was over-all fatigue (I know I woke up this morning feeling as if I had run a marathon yesterday – everything in my body was exhausted), and surely the orchestra was spent, as well. On a day like today, it’s definitely a ‘low energy thing’. But it also happens to be the trickiest aria for me vocally, as the tessitura is relentlessly high, and so today was definitely HARD WORK. It’s tricky to come off of such a high as last night, and recapture that energy you need, to be back fully into the character’s story, however if you work at it, you CAN find your way. 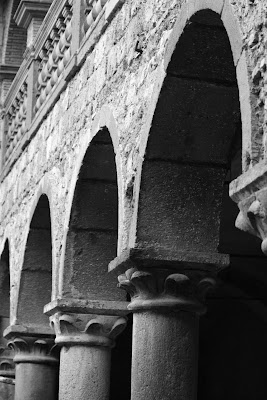 HOWEVER, we are all professionals, and we really summoned our forces and upped the concentration quotient and were able to finally find the magic! Once I stopped dragging down the tempo (that’s that dreaded ‘larghetto’ for you!), and once the producer found the key word (“It’s missing the TENSION it needs”), THEN things snapped into place. They needed to, because this wasn’t an aria I had the luxury of recording take after take: I needed it to be economical. Again, that’s where the professionalism comes in, you summon all your strength and force and concentration, and you DO IT!!

I would never want every recording day to be like this, but there is a certain satisfaction in doing the hard work, having it pay off, and calling it a day! “It’s a day,” and there is a beer somewhere with my name on it!

*From a local hybiscus bush on the way to the recording
*Part of the convent where we are recording - an old abandoned convent which is for sale, I hear!
Posted by Yankeediva at 3:31 PM

**Hands you a well deserved corona.**